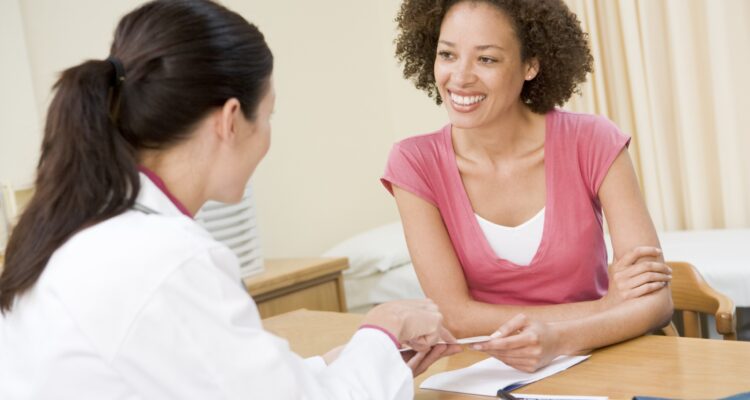 Connecting Pakistan on August 7, 2020 No Comments

Nowadays, hormone replacement therapy, or HRT for short, is increasingly spoken and written. At a time when we are observing the aging process of society, this is an important topic. It concerns menopause also commonly known as menopause. This process occurs in a woman’s body around 47-55 years of age and is associated with the extinction of the secretory function of the ovaries, which gradually stops producing hormones important for a woman – estrogen and progesterone.

Menopause is accompanied by many troublesome symptoms, which specialists call accident symptoms. These include hot flashes, palpitations, cold sweats at night, problems with concentration, excessive nervousness, and depression.

You can find more about testosterone replacement therapy online in this article.

What is hormone replacement therapy?

Hormone therapy is nothing but an estrogen supplement, which due to the extinction of ovarian function begins to lack in the woman’s body.

Various types of estrogen are used in HRT therapy:

HRT is currently the most effective method of reducing menopausal symptoms. It is also used to prevent diseases associated with menopause, such as osteoporosis, or bone decalcification.

Hormones in hormone therapy can be given:

The safest forms of HRT

When using estrogen treatment, the aim is to keep the doses as low as possible, as this reduces possible side effects.

Modern estrogen-containing drugs are patches, vaginal rings, and progestin intrauterine devices. This allows you to bypass the gastrointestinal tract (the active substance is released directly into the bloodstream), which is important in the case of malabsorption or peptic ulcer disease. The use of these forms of hormonal drugs makes it possible to release very small doses of estrogens at constant intervals, which increases the safety of the therapy. This is very important in women with thromboembolic problems, overweight, thyroid disease, or hypertension.

People with elevated cholesterol levels are advised to use oral tablets that have a positive effect on the lipid profile.

What are the benefits of using HRT?

Hormone therapy, when the dose and route of administration of the hormone are properly selected, gives the woman many health benefits. First of all, supplementing estrogen deficiencies significantly improves general well-being, because it eliminates completely or largely eliminates accident symptoms. It also affects the skin condition. The lipid profile is also improving – the concentration of so-called good cholesterol (HDL), and the level of LDL (bad cholesterol) decreases, which excess contributes to the development of atherosclerosis.

Elderly women who have used HRT are less likely to have a hip fracture, vertebral rupture, and degenerative joint disease.

It is also worth recalling that the use of estrogens during menopause positively affects the vaginal mucosa and urinary tract, eliminating symptoms such as vaginal dryness, itching, frequent urinary tract infections, and urinary incontinence. For many women, this significantly improves the quality of sex life.

Reduced estrogen production during menopause may be the cause of depressive symptoms. With a slight severity of these ailments, HRT allows you to eliminate mental discomfort. For severe depression, a specialist visit and antidepressant medication are required.

There are speculations, although it is not yet scientifically proven that estrogen supplementation protects against certain neurological and psychiatric diseases such as schizophrenia and Alzheimer’s disease.

When to start hormone replacement therapy?

Hormone replacement therapy should be started as early as possible, i.e. around 45, at the first signs of menopause and used for around 8 years.

The use of hormonal treatment too late, i.e. after 60 years of age, may increase the risk of cardiovascular episodes such as stroke, atherosclerotic lesions, and myocardial infarction.

The absolute indication for the use of HRT is the complete removal of the female reproductive organs. In this case, hormone therapy should be carried out regardless of the patient’s age.

What are the side effects of HRT?

Hormone therapy, in addition to its advantages, also has disadvantages.

The risks and side effects that can occur during treatment are due to the very nature of the steroid compounds, which include estrogens.

Possible side effects of HRT include:

Does HRT contribute to cancer?

Many women give up hormone therapy for fear of cancer.

HRT has been shown to reduce the risk of developing colorectal cancer, liver, and bile duct cancer, while slightly increasing the risk of estrogen-dependent cancers such as breast cancer, endometrial cancer, and brain tumors (meningioma).

Scientists are still investigating the impact of hormone replacement therapy on the formation and development of neoplastic changes in a woman’s body during menopause. To date, it has been shown that estrogen treatment does not cause new breast cancer, but it does contribute to the development of existing lesions.

Unfortunately, the widespread view that the use of estrogen-containing hormonal preparations causes breast and uterine cancer makes many women refuse to use HRT, even when their menopause is very severe.

In practice, preparations containing estrogens in combination with gestagens are most commonly used, which prevents endometrial cancer.

Preparations containing estrogen alone are rarely used, e.g. in women who have had their uterus removed.

What to remember when using HRT?

To make HRT effective and safe, remember the following rules:

An alternative to HRT

As an alternative to hormone therapy, a synthetic steroid called tibolone (e.g. Livial ) is used. Its advantage over traditional hormones is that it does not cause atrophy of the endometrium. It can, therefore, be used in women who are genetically at risk for uterine or breast cancer.

It is estimated that in Poland only about 5-7% of women use hormone therapy, although a significant number of women suffer from serious menopause. Unfortunately, this is due to the insufficient knowledge of Polish women about menopause and effective methods of treating it.

For comparison, in Western European countries, about 50% of women use hormonal preparations during menopause.

Hormonal drugs used in the perimenopausal period to supplement estrogen levels in a woman’s body are constantly being improved. Currently, by selecting the appropriate medicinal form of the preparation, you can administer estrogens in very low doses, which significantly reduces the risk of side effects.

Not all women can benefit from hormone replacement therapy because of their general health. It is known, however, that in people who can supplement estrogen deficiency in this way, treatment brings very good results. So let’s take an interest in hormone therapy and learn more about the principles of its use, as well as indications and contraindications, to fully use the achievements of medicine, which can certainly include estrogen therapy.