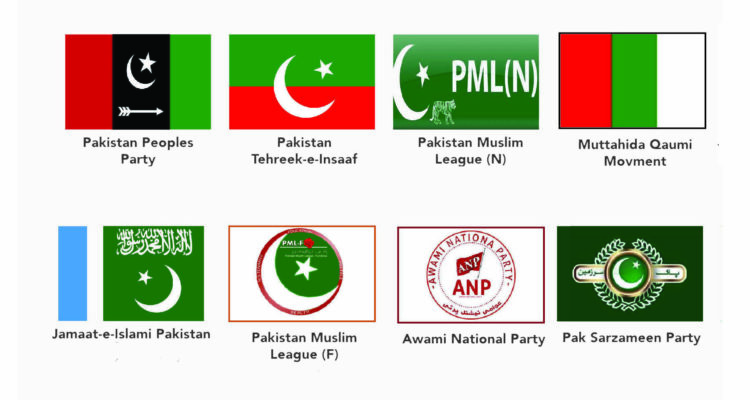 Connecting Pakistan on December 31, 2020 No Comments

When Pakistan became a country on August 14, 1947 to form the then largest Muslim state in the world. The creation of Pakistan was a catalyst for the largest demographic movement in recorded history. Pakistan Muslim League (Muslim League) was the first democratic party of Pakistan.

Until 1990, the Pakistan People’s Party (PPP) was the only major party in Pakistan. After the death of Zulfiqar Ali Bhutto, Benazir Bhutto came to power and remained in a strong position throughout Pakistan. In 1990, Nawaz Sharif of the Islamic Democratic Union (IJI) won the election. There were two major parties in Pakistan. After the dissolution of the IJI and Nawaz Sharif founded the PML-N, the PPP and the PML-N were the two largest parties in Pakistan. In 1993, the PPP won the election again.

In 1996, the Pakistan Tehreek-e-Insaf was formed. In 2013, the PTI ran in the elections and won 35 seats in the National Assembly of Pakistan. After the 2018 Pakistan elections, the PTI became the government and joined the three major parties in Pakistan.

Pakistan’s various political parties are engaged in ideological fields, as well as representing diverse regional, ethnic and religious circles. There are 126 Pakistani political parties registered with the Election Commission of Pakistan (ECP), and 1,200 candidates from these parties are running in the elections. The major parties are Pakistan Muslim League-Nawaz (PML-N), Pakistan Tehreek-e-Insaf (PTI) and Pakistan Peoples Party Parliamentarians (PPP)

Former Pakistani legend cricketer Imran Khan is leading the Pakistan Tehreek-e-Insaf (PTI) under the slogan “Change”. On April 25, 1996, in Lahore, the Tehreek-e-Insaf, a social democratic and political movement, was founded by Imran Khan. Its allotted election symbol is Bat. It aims to create a modern, egalitarian, Islamic democracy and welfare state. In 2013, PTI emerged as the country’s second most popular party in the 2013 elections.

In the 2018 general elections, Imran Khan became the Prime Minister of Pakistan and the PTI won 116 seats in the National Assembly and swept the KPK with 63 seats in the Provincial Assembly. PTI forms government in Punjab and KPK.

The Pakistan Muslim League (N) is a major center-right party in Pakistan, and its history tells the All India Muslim League. The party was founded by former Prime Minister Nawaz Sharif in 1993 and its allotted election symbol is Lion. The PML-N had twice worked with Nawaz Sharif as Prime Minister in the 1990s. After the defeat of the military coup led by General Musharraf, he lost his second post. The PML-N boycotted the 2002 general elections. In the 2008 elections, the PML-N formed the government in Punjab province.
In the 2013 elections, the PML-N won a majority in the National Assembly. It established governments in the center, Punjab, Azad Jammu and Kashmir, and Gilgit-Baltistan and Balochistan. In 2013, Nawaz Sharif was elected Prime Minister for the third time. In 2020, the PML-N joined the Pakistan Democratic Movement (PDM). Now, the party is running under Maryam Nawaz.

The Pakistan Peoples Party is a social democratic secular political party in Pakistan. The party was founded by Zulfiqar Ali Bhutto in 1967 and its allotted election symbol is Arrow. The PPP competed in the 1970 general elections with the socialist agenda of bread, cloth, shelter (food, clothing, shelter).

After completing its first parliamentary term, the PPP won the 1977 elections but will be overthrown immediately by Zia-ul-Haq. Under Benazir Bhutto, the party promoted to social liberalism. She was the first woman to head a democratic government in a Muslim-majority country. She was assassinated at a political rally in Rawalpindi in 2007. From March 2008 to March 2013, it was the leading party in the ruling coalition. The party lost the 2013 and 2018 elections.

Jamaat-e-Islami Pakistan is a socially conservative and Islamist political party based in Pakistan. Its aim is to transform Pakistan into an Islamic state, governed by Sharia law. Party strongly opposes economic methods such as capitalism, communism, liberalism and socialism, as well as the offer of bank interest. The party was founded by Sayed Abul A’la Maududi in colonial India in 1941 and its allotted election symbol is scale.

The party leader is called an ‘Ameer’. The current ammer of party is Siraj ul Haq. Through its welfare wing, Jamaat-e-Islami runs a number of welfare schemes, including orphan care, free hospitals and food distribution.

Pak Sarzameen Party is a Pakistani political party founded in 2016 by Syed Mustafa Kamal. He was the former mayor of Karachi. Syed Mustafa Kamal founded the party at a press conference in Clifton, Karachi on the occasion of Pakistan Day 2016. The PSP had many differences with the MQM. Many MQM members left and joined the PSP.

The Awami National Party is a registered political party in Pakistan affiliated with the Election Commission of Pakistan (ECP). ANP was founded in 1986 by Abdul Wali Khan and its allotted election symbol is Lantern. The party current president is Asfandyar Wali Khan, grandson of Bacha Khan. The party promotes Pashtun nationalism, democratic socialism, public sector government and economic equality.

The ANP was the largest Pashtun nationalist party in Pakistan between 2008 and 2013, with its influence in the Pashtun-majority areas of Khyber Pakhtunkhwa and its environs.

In 2002, Shujaat Hussain launched the party, along with Chief of Army Staff and Chairman of the Joint Chiefs of Staff Committee, Pervez Musharraf. The party allotted election symbol is Bicycle.

In November 2012, the Awami Party, the Labor Party and the Workers’ Party formed the Awami Workers Party in an unprecedented effort to integrate political forces into the national mainstream in Pakistan. The party current president is Yousuf Mastikhan and its allotted election symbol is bulb.

The party seeks to unite the struggle of workers, peasants, students, women and ethnic and religious minorities in Pakistan under a democratic and socialist political system.

The Jamiat Ulema-e-Islam (JUI-F) is a very conservative religious and religious party with an ideological history of 100 years. The pary was founded by Maulana Shabbir Ahmed Usmani in 1945, due to some factional split in 1988, Fazal-ur-Rehman separate the Party and its allotted election symbol is book.

The Muttahida Qaumi Movement, formerly known as the Muhajir Qaumi Movement (MQM), is a secular Pakistani political party. It was founded by Altaf Hussain from the student organisation of All Pakistan Muhajir Student Organization (APMSO) in 1984 and the party allotted election is the kite.

In August 2016, after Altaf Hussain’s August 22 speech, the party was cracked down on and Nine Zero was sealed and its leaders, including Farooq Sattar, arrested. Now, current leader of the party is Dr Farooq Sattar.