Toyota Corolla Cross Price In Pakistan With Specs And Pictures 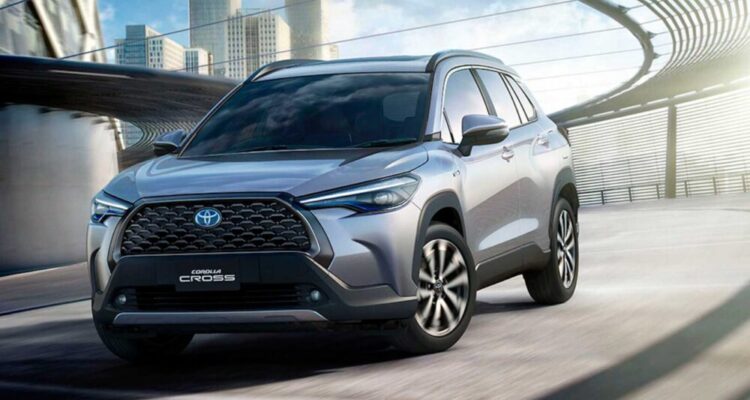 The new Toyota Corolla Cross 2021 SUV is coming to the Pakistani roads! Toyota has recently opened new avenues with changes from sedans to hatchbacks and SUVs. Ali Jamali, CEO of Toyota Indus Motors (INC) has given a timeline for the launch of the Corolla Cross in Pakistan. However, the SUV is expected to hit the domestic market in the first quarter of 2021.

Indus Motor Company IMC is the only manufacturer in the world to manufacture Toyota and Daihatsu cars together. That’s why Toyota’s new car is one of our favorite cars in the country.

The company will launch 2 variants of Toyota Corolla Cross 2021

A standard familiar FWD, 1.8L 2ZR-FE with 140HP and 175Nm of torque. The standard transmission is CVT. Familiar 1.8 liter 2ZR-FXE hybrid engine that produces 98hp and 142nm of torque.

On the exterior of the Corolla Cross, it follows the current Toyota model lineup style of the SUV. The finer variant has LED headlamps and DRL while the base variant has halogen headlights. Both “17” and “18” Alloy wheels are an option in terms of variations.

As soon as you move to the entrance, things look like a new 12th generation Corolla. The car is 5 seater and this is the only option. Although there is a sunroof option, there is no panoramic roof. In addition, the Finder variant has a power + kick sensor trunk door, while the base variant has an electronically locked boot.

The price of new Toyota Corolla Cross 2021 will start from Rs 8.5 million,