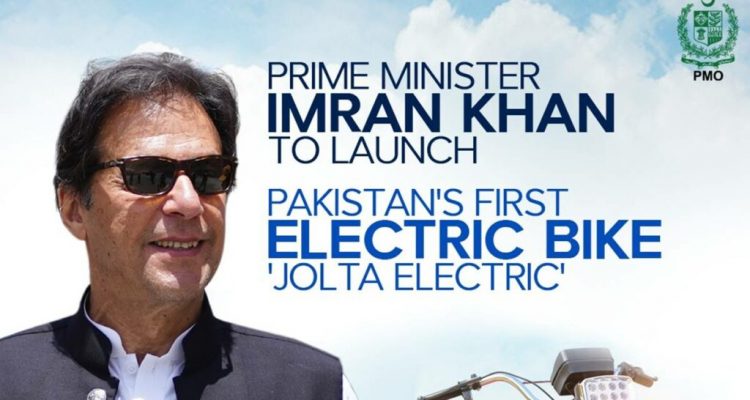 Connecting Pakistan on September 25, 2021 No Comments

Focusing on the eco-friendly environment, Prime Minister Imran Khan launched Pakistan’s first locally manufactured electric motorbike. Jolta Electric is on the way to a new beginning to reduce pollution and protect the environment in Pakistan. This is a major step towards electrifying the country’s automobile industry. It will contribute to Pakistan’s wealth as these bikes are locally made.

The launch of the Jolta Electric Motorcycle is part of the federal government’s Electric Vehicle Policy (2020-2025) aimed at supporting and encouraging production and shifting to electric vehicles. Electric bike technology has developed at a rapid pace in recent years and now you can find any type of motorcycle with a motor.
Jolta EV Technology, an initiative from AUJ Technology Pvt. Ltd., is the provider of EV technology, which has developed the key components of electric vehicle kits for two, three and four wheels.

The JOLTA Sports Bike has 2000 W motor power & 32 AH dry battery power. This electric motorcycle can be charged with 2.5 units of energy consumption. It will go up to 80 km/h on a full charge at a speed of 60 km per hour on a simple road.