2023 United Alpha Price In Pakistan With Features And Pictures 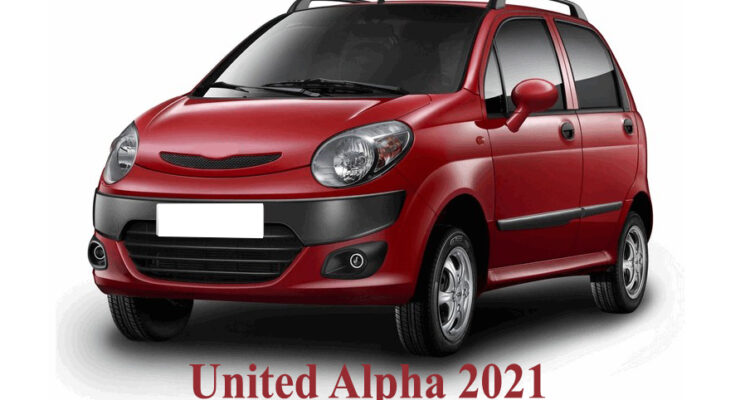 Connecting Pakistan on January 1, 2021 No Comments

The first car of the 2021 United Alpha One 1000cc hatchback by United Motors. United Motors is preparing to launch its new model United Alpha. The car was formerly known as the Cherry QQ and will be a hatchback in the affordable price range. The new variant looks more modern in terms of features and specifications.

United Alpha has a history with Pakistan. In 2005, the Chinese Cherry automobile company entered the Pakistani market with its famous family car Cherry QQ. So it is returning to Pakistan with a new name, a new face, and a new strategy. One of the different things about the United Alpha launch is that United Motors is the sole owner and supplier of this car.

Currently, United Motors will launch the 5-speed manual variant of Alpha. The company also launch an automatic version of the Alpha model in the near future.

United Alpha will be launched with many new features. Some of them are given below:

United Motors will price tag of Alpha for less than Rs 1.5 lakh. However, the company will disclose the actual car price in Pakistan at launch.

United Motors is set to launch Alpha on 2nd January 2021. The launching ceremony will take place at PC Hotel, Lahore.

We can hope that United Alpha 2021 will be a better option for those who want a good hatchback car at a reasonable price.