Islamic Ways To Get Rid Of The Diseases 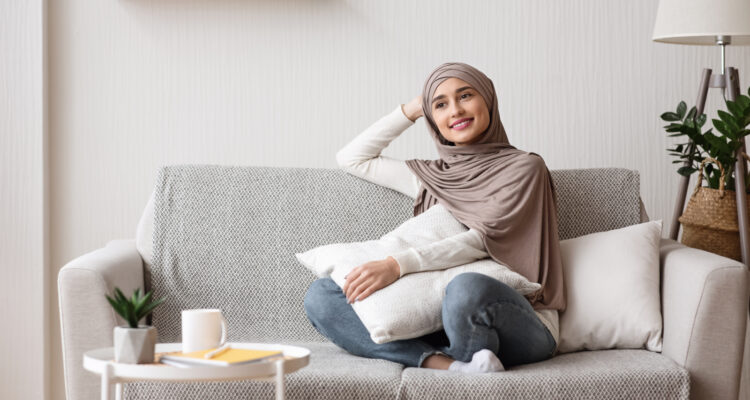 Connecting Pakistan on January 20, 2021 No Comments

Disease deviated from the normal structural or useful state of an organism, which has generally linked with certain signs and symptoms and differs in nature from physical injury. The patient has signs or symptoms that generally indicate an aberrant condition of an organism.

Thus, in order to recognize the different symptoms of the disease, the normal state of an organism must be understood. However, a strong line between disease and health is not always clear.

These diseases commonly involve a big amount for hospitals, doctors, and medicines and may cripple the person from practicing life.

There are different Islamic ways to get rid of many diseases, like Hijama therapy, using black seeds, etc. If you are in Islamabad and looking to have hijama therapy you should visit a reliable Hijama Center in Islamabad.

Cancer is an impregnable disease. For the reason that people do not know about it, modern science has no cure for it, but it does not mean that Allah did not send a cure for it.

The first thing we need to do to allow our body to heal itself is to remove toxins. There are millions of ways to get rid of the toxins from the body.

The best way to detox your body is hijama therapy, or in the modern era, it is known as cupping therapy. Hijama therapy helps in the digestion process and removes blood clots and toxins from the body. Hijama also helps to get rid of the tumor.

A heart attack is also known as cardiac arrest, Cardiac arrest happens when the flow of blood towards the heart is blocked. This blockage is caused by fat, cholesterol, and other substances.

Time disappears, but traditional Islamic therapy remains the same. The most commonly used therapy to get rid of toxins from the body is Hijama, the most in-demand therapy nowadays.

Abu Hurayrah (RA) narrates that the Prophet (P.B.U.H) said: “Hold on (use this seed regularly)! Because it is a remedy (cure) for every disease except death.” and The Prophet(P.B.U.H), said, “There is healing in three: a cupping operation, a drink of honey, and cauterization with fire, but I forbid my nation from using cauterization.”  Ṣaḥīḥ al-Bukhārī (5357).

Statements of the prophet(P.B.U.H) build interest around the world’s scientific community.

The first thing that came to their mind was how an unlettered man without pen and paper can make statements on medical science like this?

Those statements gave the Scientist community to execute biological investigations on black seed and its oil and the Hijama/Cupping therapy.

After carrying out hundreds of scientific researches around the world lastly agreed that “This Tiny Plant of black Seed can cure 129 other diseases also cancer, diabetes, aids” and prove that the statements of Prophet Muhammad(P.B.U.H) were true.

People used the black seed to make medicine for over 2000 years.

Nowadays, Black seeds are used to get rid of conditions like the digestive tract, including gas, stones, diarrhea, dysentery, constipation, and hemorrhoids. It is also used for respiratory conditions including asthma, allergies, coughs, bronchitis, emphysema, influenza, swine flu, and congestion.

Other uses include lowering blood pressure, low cholesterol, treating cancer, and boosting the immune system. You may read that a patent has been issued to cover the use of black badges to enhance immunity, but don’t get me wrong. The presence of a patent does not mean that the black seed is effective for its use.

People use black seed oil directly to the upper surface of the skin for joint pain, headache, and in different conditions.

Black seed is also used in many foods to make food flavored and spicy.

There is no disease except its treatment

In Sahih Al-Bukhari, Book # 71, Hadith 582 Abu Huraira Explained “Allah Almighty did not send a disease but a cure for it.”

Ibn Abbas narrates The Prophet, (P.B.U.H) said, “There is healing in three: a cupping operation, a drink of honey, and cauterization with fire, but I forbid my nation from using cauterizationṢaḥīḥ al-Bukhārī (5357).

In conclusion, there is a big impact of Islamic religion, and spirituality summary, there is a huge impact of Islamic religion and spirituality within psychological clinical practice. Using Islamic ways and beliefs is beneficial in the treatment of mentally ill Muslims, through the participation of Islamic beliefs that help in drug adherence and modification of different psychotherapeutic techniques to suit Muslim patients.

This article is written by Muhammad Usman, who is a young SEO expert with big dreams who is currently working with a company named Unitedsol. Having expertise in e-commerce he loves to share his experience with the public through blogs or articles. He can be found on Linkedin.