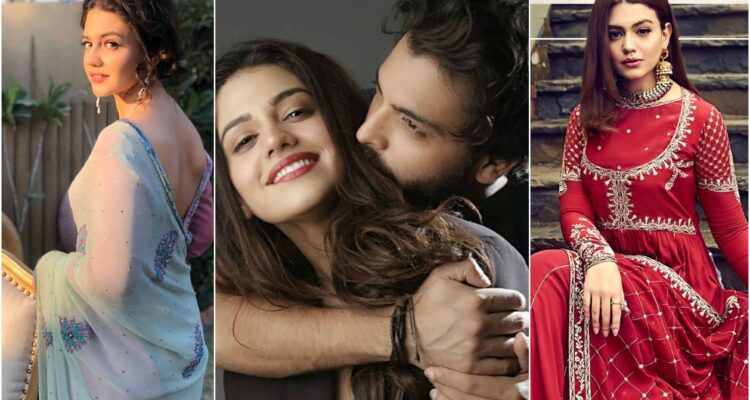 Zara Noor Abbas is the most stunning and beautiful Pakistani TV and film actress as well as a model who made a name for herself in the industry in a short time. The daughter of actress Asma Abbas belongs to a Punjabi family. She was Abbas was born on 13 March 1991 in Lahore. Zara holds a BS Honors degree in Film Design, Dance, Theater and Filmmaking from Beaconhouse National University.

Zara is also a famous fashion designer and recently started her own clothing business. She made her film debut in the Pakistani film Chhalawa with Mehwish Hayat and Asad Asad Siddiqui in 2019 and then appeared in Parey Hut Luv, both films hit at the box office.

Zara started her career in Pakistani drama serial Dharkan in 2016 and worked in many drama serials such as Ehd-e-Wafa, Khamoshi and Dil Tera Hogaya. So here’s the list of Pakistani actress Zara Noor Abbas best dramas.

Khamoshi is the one of the best Pakistani romantic drama television serials of Zara Noor Abbas that was aired on September 23, 2017 by Hum TV. The drama is directed by Ilyas Kashmiri and produced by Momina Duraid under MD Productions banner. Its stars cast are Zara Noor Abbas, Iqra Aziz, Affan Waheed and Bilal Khan. The drama hold the record of the most watched Pakistani drama series of 2017.

Ehd-e-Wafa is the best youth-based Pakistani TV drama serial of International Services Public Relations (ISPR) which was aired on Hum TV on 22 September 2019. Zara is playing the role of Rani (Shahzain Love) with Ahad Raza Mir, Ali Akbar, Usman Khalid Butt, and Alizeh Shah. She has played the role of a politician’s daughter in Ehd-e-Wafa. Her acting skills and charming look in Ehd-e-Wafa are admired by the audience. The drama story consists of four highly motivated school friends who support and enjoy their friendly company.

Zebaish is the superhit Pakistani comedy television drama series of Zara Noor that was aired by Hum Tv on 12 June 2020. The drama is written by Bushra Ansari and produced by Momina Duraid under MD Production banner. The story of drama is based on the life of actors in thePakistani film industry. Its stars cast are Zara Noor Abbas, Asad Siddiqui, Asma Abbas Bushra Ansari, Babar Ali and Zoya Nasir in leading roles.

Lamhay is Pakistani romantic family drama TV serials, that is aired by Hum TV on 28 August 2018. The drama is directed by Sajid Kashmiri and produced by Momina Duraid under MD Production banner. Its leading are stars Zara Noor Abbas and Shaz Khan. The drama story revolves around a foreign return Hashir (Shaz Khan) and conservative eastern Aleena (Zara Noor) who fall in love.

Qaid is the Pakistani family television drama series of Zara Noor that is aired on 6 December 2018 by Geo Entertainment. The drama is directed by Mohsin Ali and produced by Wajahat Rauf and Shazia Wajahat Showcase Productions banner. Its leading stars are Zara Noor Abbas, Marina Khan, Gul-e-Rana, Waseem Abbas and Syed Jibran.