How Countries Welcome The New Year 2020 Around The Globe 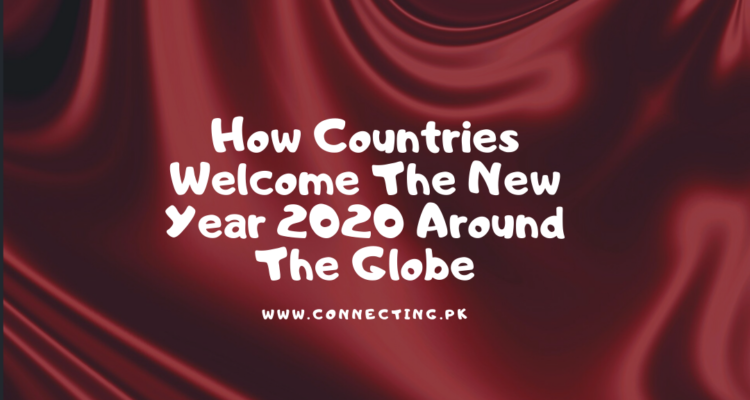 Connecting Pakistan on January 2, 2020 No Comments

Last night parties go around the globe to welcome New Year 2020. The festivities of fireworks started in some of the major cities of America, Europe, Asia, and Australia. In these cities, New Year ceremonies were held. fireworks, concerts and dancing parties were some of the major events people witnessed on New Year’s Eve.

Here I am going to share some of the most impressive celebrations that happened in the world on New Year.

World’s tallest building showed a mesmerizing laser beam show on New Year. Burg Kahlifa every year shows a magnificent show on this day. Thousands of people gathered there to see the splendid presentation on the Burj.

Even before midnight, Australia started their firework. There was a huge criticism as this was insensitive to the incident when thousands of people’s houses were burnt in fire bushes. But still, they celebrated this event.

Paris also bangs for the New Year 2020. Thousands of visitors gathered there to celebrate the start of 2020. There were jaw-dropping wireworks that attracted so many people.

Fireworks light up on the Brazilian beach and stroke at midnight. Many people see their fireworks because they don’t want to lose it.

Turkey is another beautiful place where most of the celebrations and fireworks are the best things to have a look at them. Istanbul’s Taksim Square and İstiklal Avenue were the places that were decorated. Turkey Police is also monitoring the security problems of the city.

People of Russia, Moscow also celebrated the eve with an amazing show in cold Moscow. They displayed the fireworks in St. Basil’s Cathedral when the clock struck midnight.

In Indian, they also had some of the major fireworks in Mumbai’s iconic Gateway. A huge crowd looks on at the fireworks show there.

To welcome and celebrate the New Year in style Bangkok light shows were displayed in the Thai capital of Bangkok. About one hundred thousand people gathered there to welcome the new year.

People of New York city attracts many people from around the globe on new year’s celebrations. During holidays street festivals and musical events are held to welcome the new year. They have incredible shows to watch with friends and family members.

In Pakistan people welcomes the New Year has some of the great fireworks in major cities of the country. On this new decade grand fireworks in Bahria town, Lahore is a great tradition in Pakistan. Many people attended this event to welcome the decade 2020.

There was a splendid light show in Auckland New Zealand. From the city’s sky tower the crowd watched the show at midnight.

These were some of the major New Year celebrations displayed around the globe. If you have any other major events to share with you do get back to us in the comments sections below. You can also reach out to us for events marketing and promotions in Pakistan.