Best Turkish Dramas Series That Is Aired In Pakistan 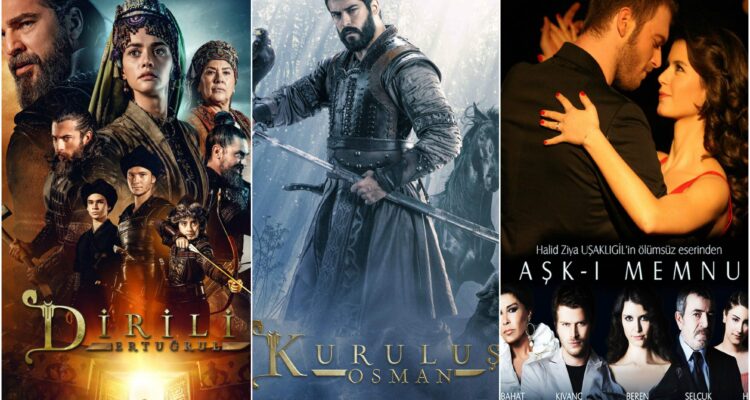 Connecting Pakistan on January 8, 2021 No Comments

After Pakistani and Indian dramas, Turkish dramas are the only ones that have gained much popularity in Pakistan. The credit goes to Geo TV which brought these dramas to Pakistan in Urdu dubbing. Many Turkish dramas aired on Pakistani TV channels and some of them even subdued Pakistani dramas.

Many Turkish dramas in Urdu were aired on Pakistani TV channels and became famous in Pakistan because of their quality, stories, beautiful places, charming culture, beautiful heroes and glamorous girls.

Ever since the Turkish series Ertugrul began airing on PTV, there has been a widespread obsession with Turkish drama in the country. However, we cannot give the reason only to PTV because before PTV, Channel Urdu 1 dubbed and aired Turkish dramas in Urdu a few years ago. The following were crazy and people fell in love with Turkish stuff. Check out our list of popular, blockbuster Turkish dramas that have always been a favorite of Pakistani audiences.

Dirilis: Ertugrul is considered to be one of the biggest business historical fictions in the Turkish drama industry. The TV series not only gained a large audience in Turkey but also in other Middle Eastern, European and Asian countries. The Story of Dirilis: Ertugrul revolves around a brave 13th-century Turkish warrior named Ertugrul, also known as the father of the Ottoman Empire.

Ertugrul follows the story of Ertugrul Ghazi, the founder of the Ottoman Sultan, the third son of Suleiman the Magnificent, and the father of Usman I. The series follows the life of Airtglol and his conquests, with its many seasons.

Ishq-e-Mamnoon (Forbidden Love) is a Turkish drama serial originally based on kanal D between 2008 to 2010. It is set in modern-day Istanbul, rather than in the late nineteenth-century order of Ziya Usakligil’s novel Aşk-ı Memnu, published in 1899.

This could easily be the first drama that introduced Pakistanis to Turkish dramas. Revolves around a story about a rich old man falling in love with the daughter of a woman she loved. The drama drove the Pakistani audience crazy and people turned to the entertainment troupe presented by Turkish dramas.

The historical story of the Ottoman Empire and its 10th king, the glorious Sultan Suleiman, ruled Pakistan television with his 4 seasons. This is an interesting time if history and politics and of course love stories are your things.
Mera Sultan was also known as The Magnificent Century, of Geo Kahani, has long ruled the television screens. The historical narrative is a strong stain of drama in its plot, an amazing story life of the Sultan’s harem.

Fatima Gul is the most popular Turkish tv drama series in Pakistan which was ranked at the top in 2013. The drama was aired on Pakistani TV channel Urdu 1 and this series consists of 2 seasons. Fatima Gul was the highest-rated Turkish drama serials that broke all records in 2012.

The story of the drama revolves around a child victim of rape and her struggle to get justice from the rich and powerful. There was a moving story of Fatima Gul which made you realize how real the struggle for justice is.

Feriha is the best Turkish romantic television drama series that is aired on the TV channel Urdu1 in Pakistan. The drama story revolves around a poor and beautiful girl trying to fit in with the elite and falling in love with a rich boy. Proving to be a fresh story for a young Pakistani audience, Feriha exposed the evils and evils of the elite class of Turkish society.

Kuruluş: Osman is the best and high rated Turkish historical drama television serials. The drama story revolves around the life of the founder of the Ottoman Empire Ertugrul Gazi’s son Usman Bey. In December 2019, this drama gained record viewership on ATV and it is the most-watched TV show in the country. This tv show is gaining more popularity in Pakistan due to the sequel of Diriliş: Ertuğrul. The drama is aired with Urdu subtitles by GiveMe5 in Pakistan.